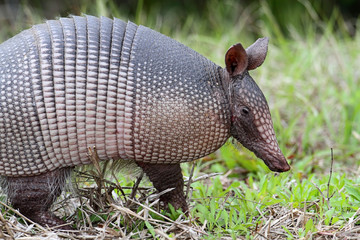 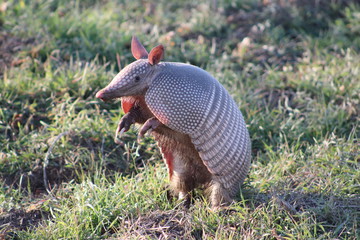 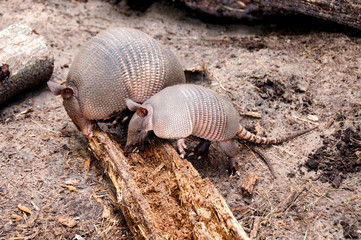 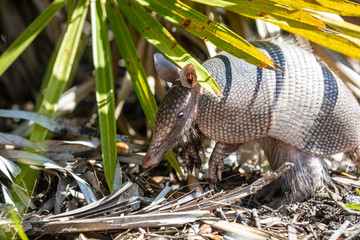 Armadillos are odd-looking creatures known for their long, anteater-like snouts and armored bodies. They are generally docile animals, often spotted wandering around at night looking for food. Despite being calm, armadillos are easily frightened and can jump six feet in the air when startled (having the same effect on witnessing humans). Avoid getting close to an armadillo, as they are known to carry diseases.

Armadillos are diggers. They dig to make dens and find food. Armadillos inhabit dens under structures such as foundations of homes, pools, and sidewalks. They are mostly nocturnal insectivores and use their long snouts and tongues to feed on ants, termites, worms, grubs, and other invertebrates. The species can often be found near wet soil and waterways, where these food sources are abundant. Armadillos can quickly tear up a yard in just a night or two.

Leprosy is only carried by two mammals – humans and armadillos. It is believed that armadillo’s common carrying of leprosy keeps human leprosy from expiring altogether. Armadillos can also carry other diseases and are not an animal to attempt to handle or trap without the assistance of a wildlife control operator.