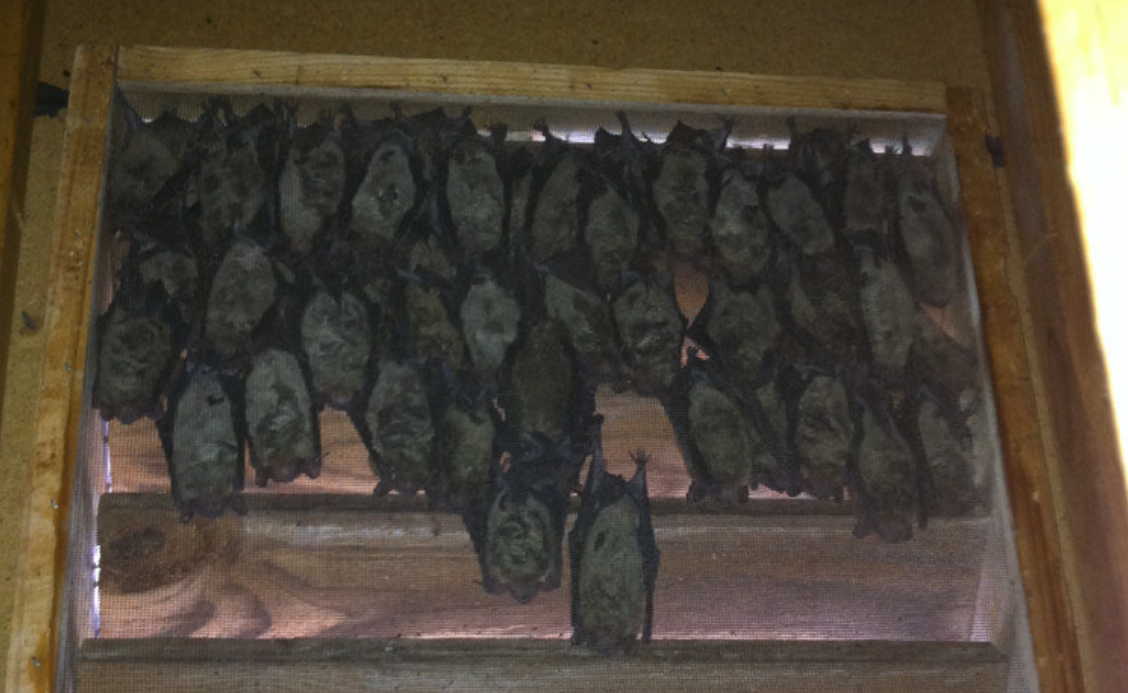 Bats look intimidating and are thought to be common carriers of rabies; however, only a very small percentage carry the disease. Bats are an important part of our ecology facing population threats resulting from White-nose syndrome. A fun-fact about bats is that they are the only mammals that can truly fly.

Bats are nocturnal, or active at night. They are insectivorous, emitting ultrasonic sounds to hunt insects (and communicate). Bats can eat one third of their body weight in insects in just 30-minutes of foraging for food! They have an incredible sense of smell, detecting airflow coming from inside buildings to locate other bats and food. Some are colonial, congregating together by the masses, and others are solitary.

Bats commonly enter buildings through small openings to roost in dark, warm attics during the day. They come out at night to feed and are commonly seen climbing on trees and near lights where bugs gather. Bats are federally protected from removal for four months each year, starting in April.

Bats presence is confirmed through inspections and by examining fecal droppings. Their droppings resemble a rat’s except they are have shiny speckles from insect shells and easily crumble. Their urine and fecal droppings produce a strong odor that can be smelled through the house and many times, outdoors. Colonial bats can roost by the hundreds, even thousands.

Guano waste can build up quickly in these situations, requiring professional cleanup to remove the pungent odors, risk of pathogens, and avoid attracting arthropods, such as spiders into the building. Their urine crystalizes at room temperature and vaporizes with a little heat. We see boards and beams saturated with white powder and even stalactites and stalagmites can be formed.

If you’re looking for a reliable and honest wildlife control company in the Pensacola area, contact the wildlife removal & control experts at Nuisance Wildlife Services today!